29 June
The Rift-valley Initiative for Rural Advancement (RIRA) a non for profit, non- political, non-religious, and Ethiopian residence charity organization was ideally established in 2009 and legally registered under Charity and Societies Act 621 of 2009 with certificate number 1427 and renewed its certificate every 3 years hence currently renewed until April/2020. Further RIRA is registered under Federal Income Tax Act 1999 with Tax Identification Number (TIN) 0026170323.

The Rift Valley Initiative for Rural Advancement (RIRA) is an Oromia inspired Ethiopian resident charity organization working with the grassroots pastoralist and agro-pastoralist community toward improvement of their livelihoods and foods security, promotion environmental protection and conservation, fostering functional and non-formal basic adult education, community based animal health services and rural water supply development. Hence RIRA is aspires to improve the living conditions of the poor and marginalized pastoralist and agro-pastoralist rural communities by adopting strategies through community initiative, participation, capacity building and sensitization. Founded in 2009 by Mr Abdi Ahmed and his friends, the organization has worked among backward communities in the interior unreached pockets of Fantale district of East Showa zone and west hararge pastoralist district, identified as one of the most under developed areas in Oromia Region.

RIRA governance structure has a hierarchy of General Assembly, the Board of Directors, and the Secretariat at head office and Field Project offices at Methara, East Showa zone Oromia regional state. The General Assembly is the highest collective and legislative body, which consists of founding members, board members, influential personality including community leader, women activist, researchers and development practitioners. The general assembly would meets once in a year to review the policy of the organization, approve annual plan with budget and also to make the highest decision of the organization. The Board of Directors elected by the General Assembly for two years of terms to serve voluntarily on an unpaid capacity to execute policies and oversee the management of the organization. The board of director would meets on quarterly bases to review program and project progress, quarterly plan and budget performance etc. The secretariat members are the Executive Director and staffs at the Head Office and project coordinators, Field Project Officers and the mainstream staffs of the organization. 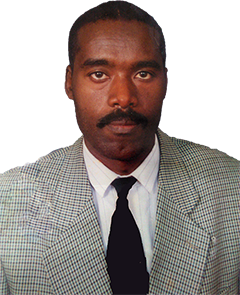